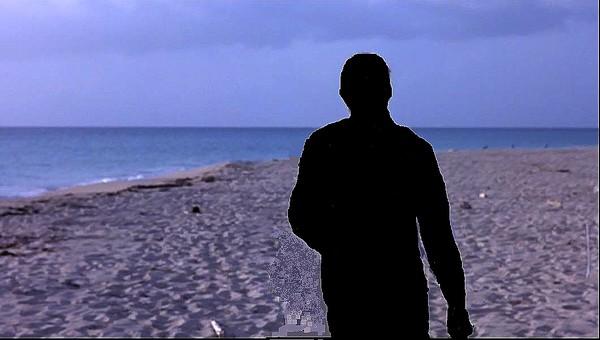 What Actor? What Movie? What Beach?

Sandy Point is one of five pristine beaches I have walked in the past year and it is one of the most accessible ones. I am not sure why St. Croix is not famous for our beaches because I have rarely seen anyplace that can match us among the smaller islands. The two beaches which can only be reached by hiking are part of my Goat Hills Hike on the Nature Conservancy property. The three accessible beaches by car that are spectacular are Cramer’s Park in the East End, Ha’Penny Beach on the South Shore and Sandy Point which dominates the west end of St. Croix.

The entire west end of the St. Croix is now managed as the Sandy Point National Wildlife Refuge which was established in 1984 on 340 acres purchased from the West Indies Investment Company for the protection of nesting leatherback sea turtles. An additional 43 acres have been acquired since that time to protect the Aklis neo-Indian archaeological site and the endangered Vahl’s boxwood tree.

As described in the US National Wildlife Refuges Comprehensive Conservation Plan, September 2010: “This is what makes Sandy Point geologically unique…. It contains the longest beach in the Virgin Islands because the beach is essentially an enormous sandy peninsula that wraps around the West End Salt Pond (and the western end of St. Croix). No other site like it exists on the island and its geologic formation is unique in the [Caribbean] region….Maps dating back more than three centuries to 1667 show Sandy Point essentially the same as it is today.”

Because of the unique combination of environmental features including access to fertile farmlands, forests, and food from the sea and salt pond, Sandy Point was home to the prehistoric Aklis site with continuous occupation by neo-Indians at this location. Excavation at the site yielded a a mix of Virgin Islands ceramic styles dated to a calibrated age range of A.D. 600-900. The village combined cultivated foods resources and naturally occurring foods. Manioc (also known as cassava or yuca) is likely to have been cultivated and the prehistoric environment on St. Croix contained forests which would have furnished fruits, seeds, and wood for fuel and building supplies. The sea would have yielded fish, conch and mollusks. Fishing strategies probably included fish poisons like South American tribes use, woven fish nets and free diving.

The refuge was originally established to protect important nesting habitat for endangered leatherback turtles, as well as threatened green and hawksbill turtles. This protected nesting habitat has allowed these species to make a dramatic local recovery.

Sandy Point National Wildlife Refuge now has the largest nesting population of leatherbacks in the United States and boasts that it is also the best studied. From a very humble starting point in 1982 of 20 nesting females a year coming to St. Croix and producing 2000 hatchlings, the numbers have now grown more than tenfold with some annual variation. This has been a direct result of conservation and protection from man and mother nature.

The two biggest threats had been poachers taking the eggs and selling them for a profit and the natural coming and going of the beach which caused destruction of nests laid in the wrong place. By eliminating poachers and relocating potentially threatened nests as soon as they were laid, the number of surviving hatchlings doubled almost immediately and 15 years later, the number of adult females returning to build nests increased dramatically.

In addition to the efforts with leatherback turtles, there have been similar successes with the less threatened Green and Hawksbill turtles. In addition, the Refuge is home to over 100 species of birds including some environmentally threatened species. 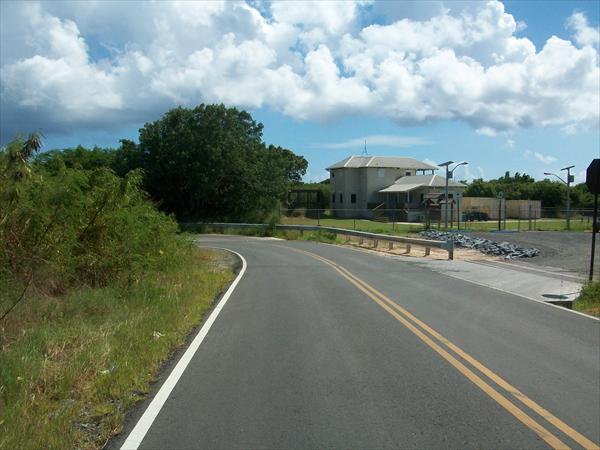 There are two ways into the Sandy Point National Refuge and the more traditional one is to start at the Visitors Center beyond the end of the Route 66.

You then enter along a road that goes to the point and driving in is permitted and a parking area is provided at the end of the road.

Looking North Across the Saltpond

Along the road you will see the salt pond which is rich in marine life and the birds who are fishing for dinner.

Since beaches cannot be blocked, the other way in is to park at the end of the Fredeiksted Pool parking lot and walk along the beach.

Traditionally the beach at the end of the Northern part of this coastline and adjacent to the parking lot has been the party area and called Sandy Point Beach by many locals.

Actually, the true point is further west and to the south of the beach on the northern shore.

As to the introductory picture, The actor is Morgan Freeman in the Shawshank Redemption and it was filmed at the place locals call Sandy Point Beach. It was just part of the story that it was Baja California, but in reality, it was filmed in St. Croix. Truly a place worth visiting.

I have been hiking the hills and beaches of St. Croix, Virgin Islands for over 35 years and in retirement, decided to become a Heritage Hiking Guide specializing in the local history, geology, plant life and environmental changes that accompanied all groups of settlers over the last 3000 years. Unfortunately, aging of my body has temporarily limited my aggressive physical activity and I am using my intrinsic curiosity to explore the very obscure history of St. Croix prior to World War I. The oldest recorded History was dominated by the actions of Absolute European Monarchs who claimed ownership of the Island. Of course, all their actions were reported upon by official scribes who were controlled by censorship. Regardless of the outcome, reports were always positive until the king was dead and a new monarch crowned.
View all posts by John Boyd →
This entry was posted in Sandy Point, Uncategorized and tagged Sandy Point St. Croix, St. Croix Hiking, St. Croix History, St. Croix Vacation. Bookmark the permalink.