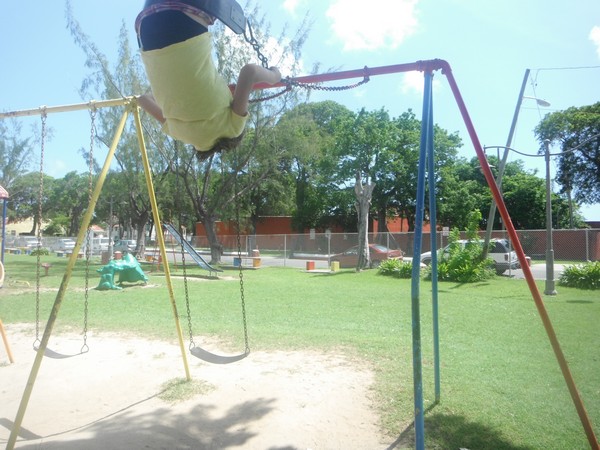 Our trip to Frederiksted began with a stop at the Playground in town across from the Fort. My granddaughters love all of the equipment and search for the best in each park. In this case the incredible swings won. Both girls managed to swing as high as possible but Miss Ana at the peak of her swing was starting to turn upside down as the chains were slack. 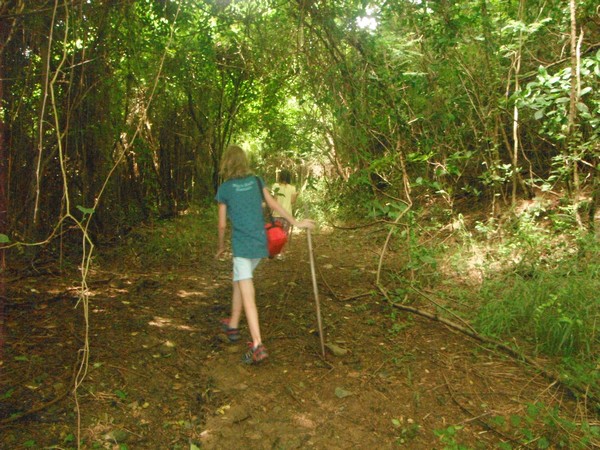 Start of the Trail to Hams Bluff

Our next stop was the National Guard Training Center, the start of our hike to Ham’s Bluff Lighthouse which is one of my favorite places to hike. Like many of our roads and paths, the trail to the top was very overgrown and even at 3 pm on a slightly overcast day, the canopy completely blocked out the sun and made part of the trail a little eerie. 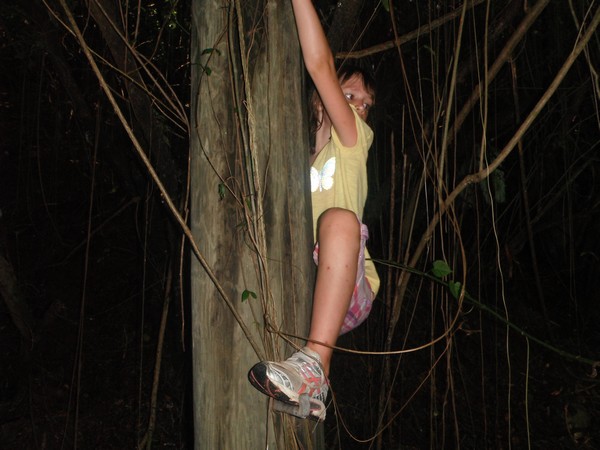 Climbing in the Dark

For my granddaughters, this just added to their sense of adventure as they used a telephone pole to see if they could climb above the canopy. 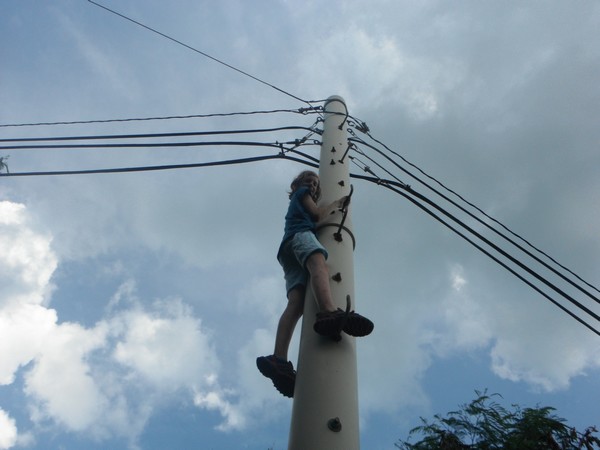 Success - The view from the top

Their progress was blocked on the first pole by vines and trees but the second pole in a clear area was too much temptation to pass up so both climbed to the top. 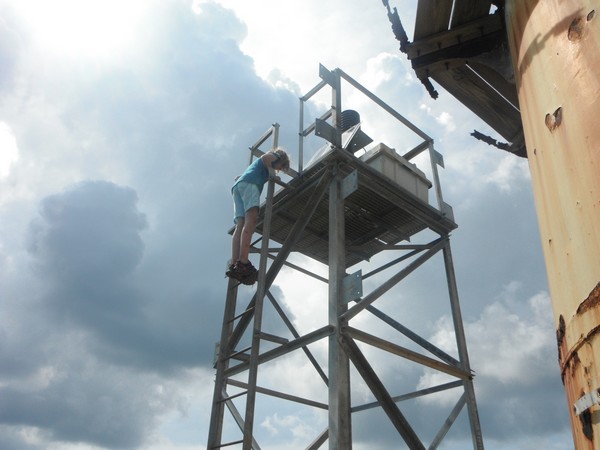 Lighthouses are to Climb

Naturally, the lighthouse structure was considered by them to be an extension of the Frederiksted playground and they climbed that too. I have watched their climbing skills develop over the years and was not really nervous as I watched them climb their obstacles one at a time in a fairly disciplined manner. 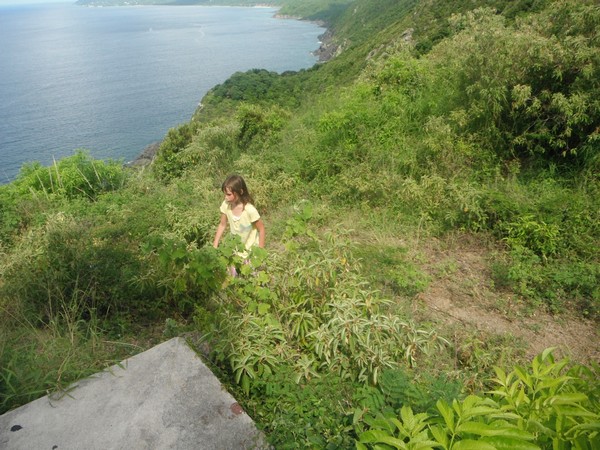 Life on the Edge

After they got down, I was listening to Cayla explain the history and cultural significance of the area which she had down pat from the internet when I noticed miss Ana exploring the ridge line of Hams Bluff above Maroon Hole. I managed to take her picture after I ordered her back from the edge.

After we left the area, I took the girls to Rainbow Beach for a swim and then to Sprat Net at Cane Bay for another swim before heading home for dinner.

I have been hiking the hills and beaches of St. Croix, Virgin Islands for over 35 years and in retirement, decided to become a Heritage Hiking Guide specializing in the local history, geology, plant life and environmental changes that accompanied all groups of settlers over the last 3000 years. Unfortunately, aging of my body has temporarily limited my aggressive physical activity and I am using my intrinsic curiosity to explore the very obscure history of St. Croix prior to World War I. The oldest recorded History was dominated by the actions of Absolute European Monarchs who claimed ownership of the Island. Of course, all their actions were reported upon by official scribes who were controlled by censorship. Regardless of the outcome, reports were always positive until the king was dead and a new monarch crowned.
View all posts by John Boyd →
This entry was posted in Hams Bluff, Hiking with Children, Uncategorized and tagged hiking, Hiking with Children, St. Croix Hiking, St. Croix History. Bookmark the permalink.